We made a return to one of our favourite neighbourhood pubs for a light hearted event in their garden pavilion, where we were taken on a journey of gins through an informative cocktail night hosted by Cameron Perrett.

The event began at 7pm and was wrapped by by 9pm, and over the evening Cameron gave us a history lesson about gin as well as making 5 cocktails for us to try in this Gin Masterclass. His delivery focused on the story of gin, the different types of gins and brands, botanicals and different ways to drink gin, and we enjoyed them served as different cocktails served with canapés (bruschetta, spring rolls, arancini and smoked salmon topped tarts.

On arrival, we were presented with a “Sipsmith London Cup”, basically an adult version of a Pimms and refreshing for summer:

Add ingredients to a tall glass with ice

If you’re not too well versed in gin, it is a distilled alcoholic drink. Cameron tells us that in layman’s terms; it is essentially just flavoured vodka. Although it is not made from vodka, both are column distilled spirits. Gin is Flavoured with juniper berries (part of the pine family) as the predominant ingredient, there are so many types of gin as they are flavoured with botanicals, fruits, spices and floral combinations. It is flavoured and distilled in copper stills.

First appearing around the 13th century and becoming popular in England under William I and Mary II and there resulted in a gin craze as it was unlicensed. Later, high taxation and prohibition was an impact on the gin industry in the 16th century. By the 18th century it could be distilled and sold the licensed sellers, but it also was distilled illegally in private houses. By the time the column still was developed in the 19th century, it was very popular and this time saw rise to the “London dry style.

We tried this style in a “Sipsmith Dry Martini”, James Bond’s favoured drink.

Add ingredients to a mixing glass with ice and stir until chilled. Julep strain into a chilled coupet or martini glass. Garnish when a lemon twist and discard.

The gin used in our event is that from boutique London brand Sipsmith, launching in 2009 as London’s first copper pot distillery start up in over 200 years. Cameron uses this gin for most of his cocktails tonight. 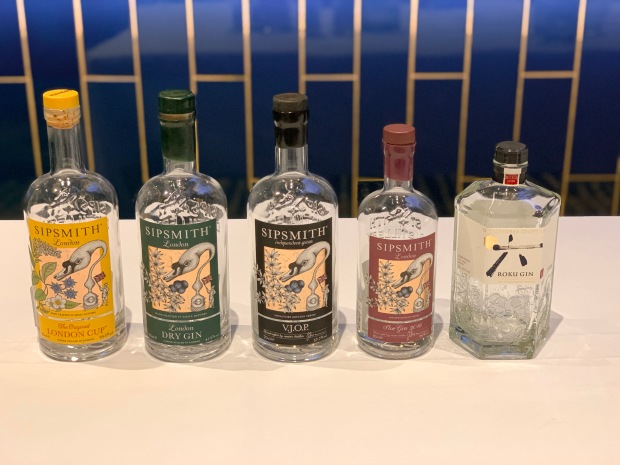 We then tried the VJOP Martinez, which is a darker drink, where the caramelised vinegar darkens the gin. Served with just a dash of vermouth to make it more dry. V.J.O.P, which stands for “Very Junipery Over Proof,” bottled at 57 percent and uses 75 percent more juniper than the standard London dry during distillation. It’s mixed here with Sherry and garnished with lemon.

Add all ingredients to a mixing glass with ice and stir until chilled, Julep strain into a chilled couplet or martini glass and garnish with lemon.

Although not my favourite, plenty of other people did find it was there’s, so it’s great to see how people’s taste buds differ and we can all find one suitable for us. That’s the benefit of a tasting night.

We then moved onto a Sipsmith Sloe Old fashioned. If you don’t know much about Sloe gin, it is a red liqueur, made it with gin and sloe berries (a relative of the plum). It’s appearance is a light red and it tastes sweeter. I love this drink and it’s perfect without adding to much, an ice cube and an orange twist is perfect. 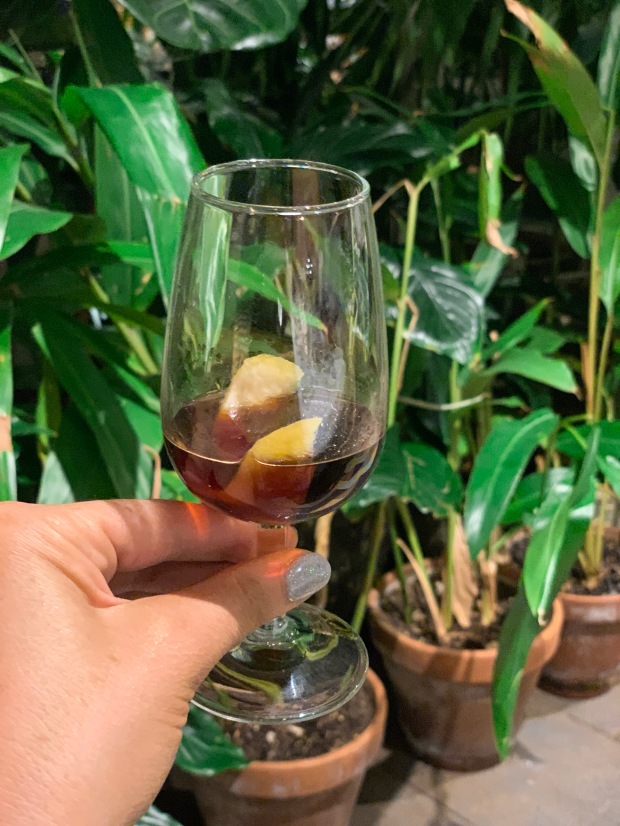 Add all ingredients to a mixing glass with ice and stir until chilled, Julep strain into a chilled double old fashioned glass and garnish with an orange twist.

We finished up with a Roku gin from the Suntory brand. It has notes of Sakura blossom, Sakura leaves, Yuzu, sansho pepper, sencha tea, refined green tea. Roku is Japanese for “six”, the six botanicals used in this gin. It was a lovely end to the night it had a bit of sparkles to it, hence the name ‘Millionaire Martini’

Add all ingredients except sparkling wine to a mixing glass with ice and stir until chilled, Julep strain into a chilled couplet or martini glass and top with sparkling wine. Garnish with an orange twist.

Gin has long been popular in England, Scotland and to a less extent North America and Mainland USA. We’ve seen plenty of micro-breweries and distilleries pop up around the world and plenty in Australia here too, which we love! Gin has become a common mix base for cocktails, in particular Singapore sling, Tom Collins and , the martini thanks to James Bond. It’s become a super popular drink in the last decade, with plenty of these distilleries pushing the boundaries with recipes and the appearance of many new flavours like the pink gin, rhubarb, lime, and more, which has been appreciated.

We thoroughly enjoyed learning all things gin, trying a few cocktails and meeting a lovely bunch of people at this gin masterclass at the Oaks.

Whilst you’re here, order yourself a meal, sit under the famous oak tree over a drink and don’t forget to check out other events on at the Oaks.

Thank you to the gin master, Cameron Perret for an informative evening, and to the Oaks for hosting and extending the invitation.