Providencia is a great place to stay if you’re starting your time in Chile. It is in the heart of Santiago and it is very close to the central business district and many attractions. There are a number of hotels and hostels in the area and it is pretty busy and we felt very safe. There are a number of restaurants, cafes and shops in a close vicinity to explore. We stayed at the Park Plaza, which we found on booking.com and selected it based on the price and it had a pool and gym.

Bellavista is another good option as it is the trendy, bohemian part of town. This is the area where you will find many of the happening bars and restaurants, as well as some institutions that are ingrained in the culture of the city. This notably has a distinct bar strip and a cool modern dining precinct “Bella Vista Patio” with handy craft/souvenir stores. That said, it’s probably more suited to a younger or party going crowd.

Santiago itself is not a cheap city, very comparable to Sydney although there are a few places to be found that offer great value for what you receive. At the top of the list is the 99 restaurant lunch menu, which will be described later.

A quaint hotel in the CBD area of Providencia. Close to the shops and sky tour. The hotel looks like it’s old worldly with its cedar wood and furniture. Staff greeted us warmly and we were checked in easily. The hotel has an indoor pool, a gym and a sauna and a few business rooms. Rooms were quite big, complete with a desk, safe, mini bar and television. The room had beauty products and a hair dryer. The housekeeping was super nice and left us chocolates each day. We liked that we received a welcome drink and the concierge was extremely helpful. 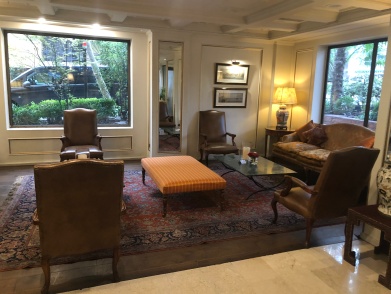 The dinner buffet was excellent and had good value and variety, however it was hard to get served. There were enough staff but not managed well, they seemed to never be doing the necessary thing.

“I got 99 problems but this restaurant ain’t one”, especially if you’re dining here for lunch. Their three course lunch, which will set you back roughly AUD $25 is extraordinarily good value. Funnily enough, we were put onto this restaurant whilst dining out in Buenos Aires and the restaurant was referred to us by a Japanese guy who now calls Santiago home.

It is an alfresco dining space, on a relatively quiet street in the CBD. The setting is tranquil, a number of tables neatly aligned and a few groups entertaining a business lunch. The service is professional and swift, to accomodate those on a lunch break.

As we are much accustomed to in South America, we are provided with house made bread served with mushroom butter, provided on a cool rustic display, the butter served in a small piece of copper half pipe.

With a range of drinks to choose from, we opt for the red wine. A traditional and once common Chilean grape variety Paise that went out of vogue, and is apparently now coming back into trend like the three stripe adidas tracksuit. The wine is easy drinking and quite light with sweeter notes of blueberries. The wine is exclusive to this restaurant and supplied by Don Modesto.

The lunch menu consists of 6 items, you have the 6 item tasting menu or a half serve. The 3 course menu was perfectly suitable and worked out well considering our contrasting tastes. Plus, it was a generous serve and there’s no way we would have finished 6.

Half of the menu is vegetarian so it is suitable for many diners. The menu items are locally inspired. The first course options were both very tasty and very different. The Espuma d papa y yema curada was a potato and yam foam, with nice texture and very much soup like, served with an egg yolk and crisps. It aaa served in a beautiful ceramic bowl. 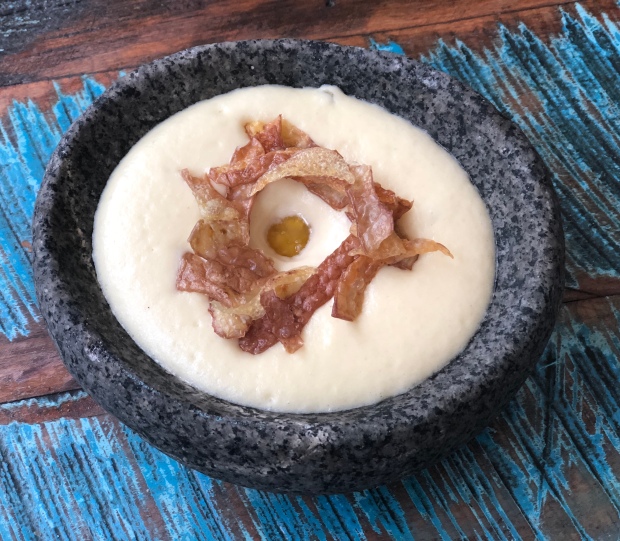 Then there was also the Sandwich de lengua, which is a beef tongue and cheese sandwich/slider. Don’t be scared by the “tongue”, it is essentially their version of a typical local beef and cheese sandwich. The tongue was nicely stewed and they certainly did not skimp on the cheese. Served with some potato crisps and chilli mayo, it was a great starter.

For the main meal, we both opted for the papada de Cerdo y lentejas. This was essentially Jamon and lentils. The Jamon was served crisp and melted in your mouth. This was sitting atop lentils, which were served with egg and pecorino cheese on top and it was a very flavoursome and hearty dish.

The desserts were a standout. The Brownie, manzana y chocolate was a rich peanut butter brownie nicely presented with a chocolate mouse and a sorbet to cut through the richness, the pais also served this purpose nicely.

The lighter delicate option being Bavaroise frambuesa bey marscapjone, the texture of this dessert was dreamy. It was a block of strawberry flavoured mousse cake with a cookie crumb, sorbet and fruity sauce. This dessert was delightful and a perfect to end to a great meal.

The staff were lovely and efficient. We thoroughly recommend this restaurant and it is outstanding value for money.

Bellavista isn’t a restaurant, it’s an area with streets full of restaurants, bars and clubs. There’s a patio where you’ll find plenty of cool restaurants. A good area for tourists because it’s central and safe.

We went to a restaurant in Bellavista, called Galindo. A typical casual Chilean resturant with huge portions of meat, fries and stews. The stew was incredible. Expect to put your name down and wait a little, but it is worth it.

Perfect if you want to find quality coffee in Santiago at this speciality coffee house and training school for roasting, latte art and barista work. Staff were very friendly and hospitanble. This cafe is located close to the Costanera centre. 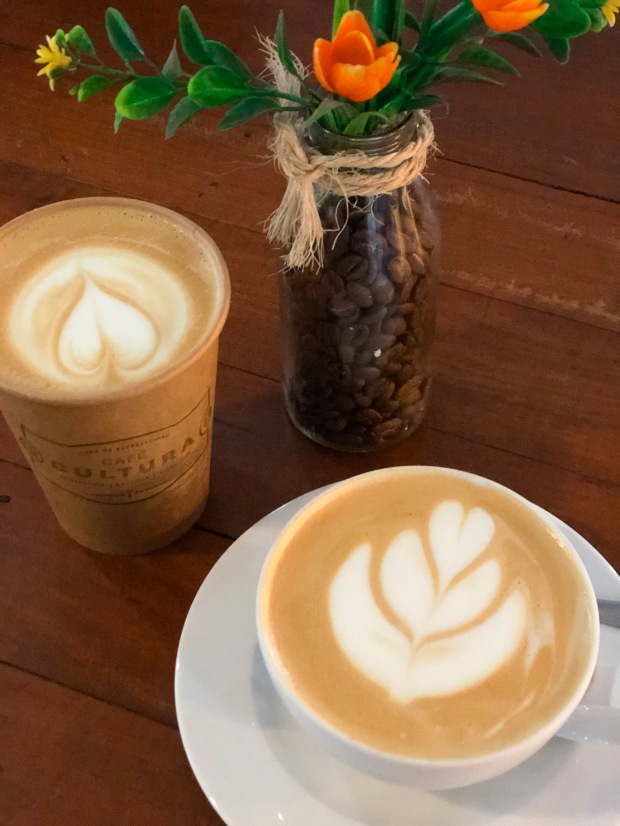 You can head to Bellavista and find the hiking trails and furnicular which can take you up San Cristobel Hill for a great view. There’s also a cable car there and a zoo.

We visited The Museum of Memory and Human Rights in Santiago and its on the outskirts of the town (in the CBD) but ten minutes in the cab from the CBD. It is designed to commemorate the victims of human rights violations which took place during the military regime led by Augusto Pinochet. The museum is well designed and begins in a Hall outlining what human rights are, as well as examples from across the years. As you move upstairs, the information covers the military coup, civilian response, imposition of the constitution, military controls and media response. There’s also a sensitive area with information about imprisonments and crafts made by the inmates. This took place between 1973 and 1990. As you move upstairs the information is about the fight to gain peace. The museum is well organised and has a lot of information provided. The only issue is it isn’t in English. There are audio devices which are great, but do take 1.5 hours. There is no entrance fee. 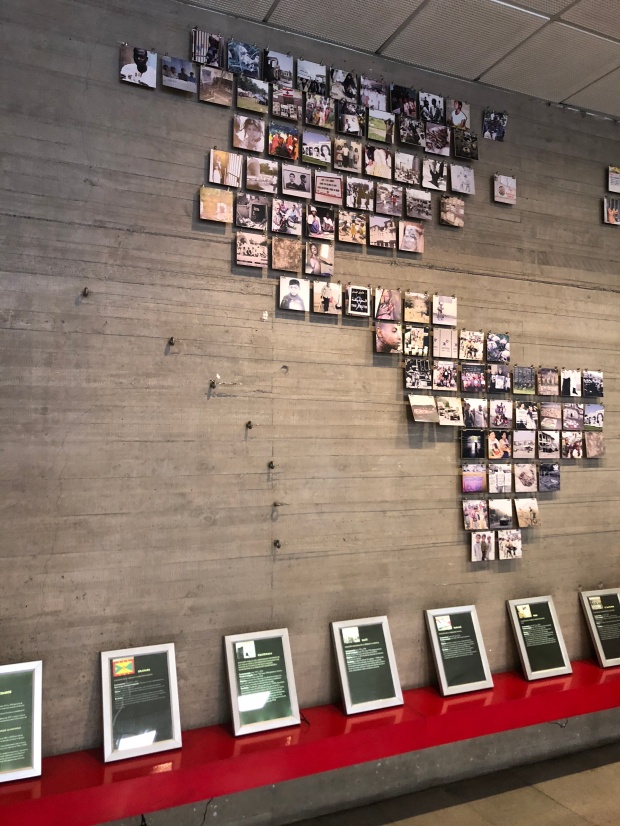 Head to the Constanera Shopping centre for a huge amount of stores to get shopping done. There’s also plenty of eateries to keep you full. But don’t forget to head to the bottom floor, purchase your tickets and grab a lift to the top of the Sky Costanera tower for an incredible 360° view of Santiago. Seeing the whole city surrounded by the mountains is beautiful. This tower is the tallest building in South America. Visit on a clear day and you can head up until 9pm at night. 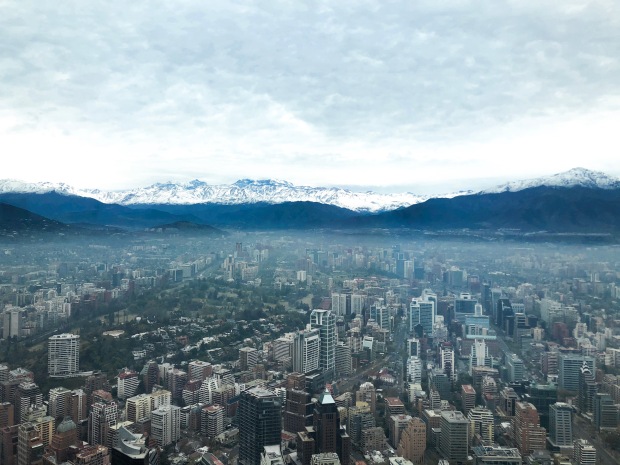 Note: this tour company is most suitable for older people and those who don’t like a lot of walking. It’s mostly a bus tour.

TurisTours runs a range of Tours from Santiago. These include some to the Andes, Farellones Snow Park, Valle Nevado, Cajon del Maipo and El Yeso Dam, Vina del Mar and Valparaiso as well as wine tours and a general city tour. We selected the Vina Del Mar and Valparaiso tour for $36 000 CHP. We were collected at 8am for a 9 am tour. We drove around to pick up other guests and reached a central location where we all swapped buses for the relevant tour. Our bus was a small mini bus but there were larger ones depending on the tour.

Our tour Included a bilingual guide. Most people were Spanish so he primarily spoke Spanish and translated for us. On the drive down the bus driver commentated on what we were passing with a lot of detailed knowledge. Unfortunately due to the public holiday, the winery was closed and we couldn’t visit it. 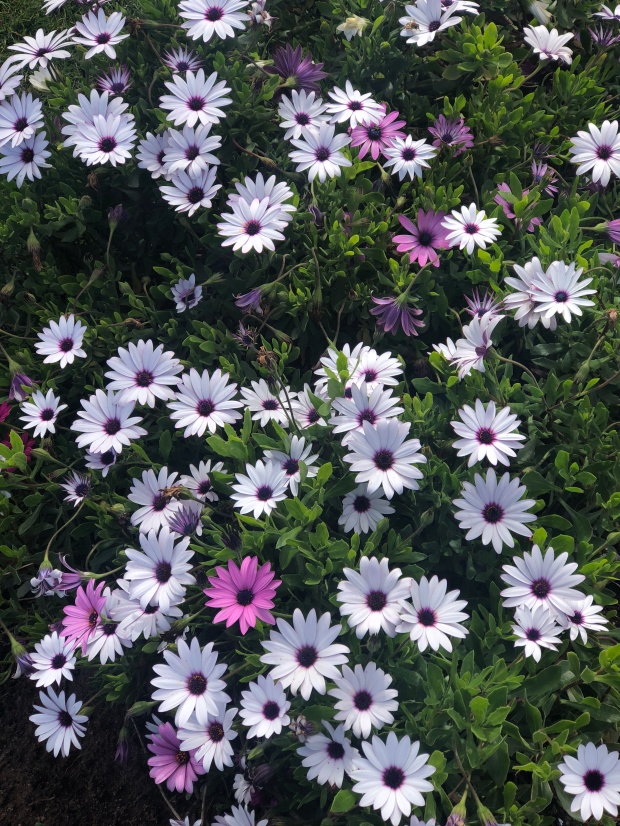 This tour included a trip to Vina del Mar, known for its green surroundings and gardens in an urban city. There’s a visit to the famous Flower Clock. Take a photo and get back on the bus. The same at a few other spots like a beach and to see some sea lions. 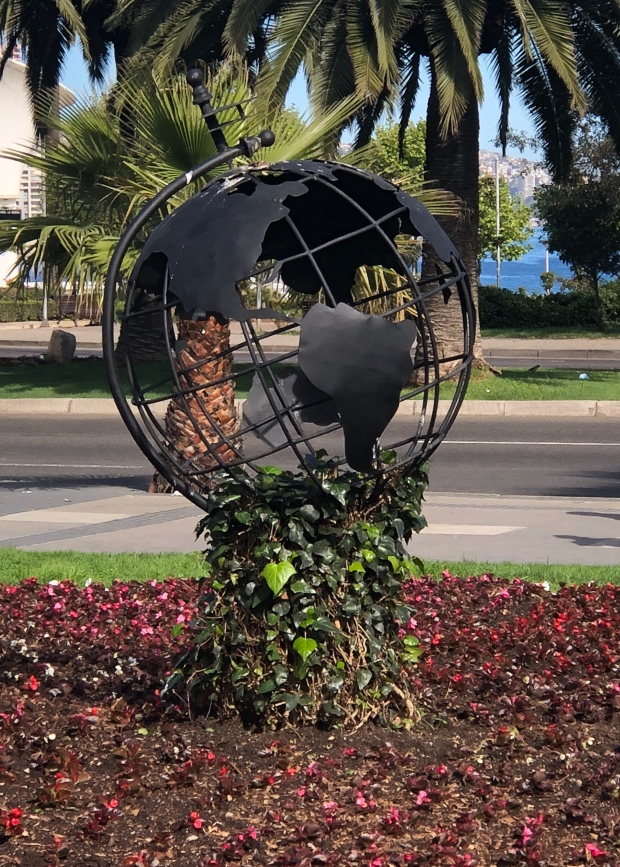 We then drove through the city and were explained things. We would have liked a look around. We were taken to a restaurant and offered ala carte or the special “tour company” lunch. It was expensive so we chose to leave eat and at a cheaper excellent restaurant across the road at D’Lamari. We highly recommend doing this.

The bus travels along the pacific coast to Valparaiso, Chile’s main port. This city is also a heritage site selected by UNESCO. Here we stopped for some more photos. This was better as we did a 1 hour walk through the Multi-coloured neighbourhoods and caught the Furnicular down. We would have liked to look more here. There was the offer of a boat ride (which minimum 8 people needed to do) at an extra cost but our group weren’t keen. We had 30 minutes to look around and then headed back to the city and dropped at our hotel. Brochure said bus has wi fi, which it didn’t.

We personally found this extremely expensive for what you get. We also found it pretty boring – it’s a bus tour. We would prefer to look around. So do your research to make sure it’s your thing. You can do this cheaper by catching a local bus, but we had limited time and felt like a tour was easiest for us. That said we wouldn’t book these sort of things again. The guide Martin was outstanding. Knowledgeable and funny.

If we had more time, we would have been keen to visit Easter Island or Southern Chile to Patagonia, but time did not allow it. Keen to revisit and do those things another time.

Unfortunately we only had a few days here, two of which fell on the public holidays (which meant practically everything was closed). We would say there’s a limited amount to do in Santiago, though we enjoyed the time there. We’d recommend 2 days, and a trip to Valparaiso and then head down to the Southern end of Chile.

The level of English in Chile is pretty good, it’s easy to get around with trains, buses and Uber.