Vegan food is becoming a lot easier to come by these days, with plenty of restaurants offering a few vegan meals on their menus. But not only this, Vegan restaurants are also opening up with 100 % plant based menus, including drinks. This is the vision of Eden restaurant.

Although we don’t conform to a Vegan diet, we do enjoy a plant based meal and trying out new restaurants. We’d been admiring the pictures of the food from Eden on IG for a while now, and when a friend of ours who is Vegan suggested a dinner there, we jumped at the opportunity. We also took a friend who was a little apprehensive about Vegan food, but since her experience, she has changed her perspective.

The restaurant is located in Bondi at the QT hotel precinct on the ground floor, surrounded by greenery, or garden, hence the name ‘Eden’. There’s a bar, indoor seating and alfresco covered seating. The restaurant generates a casual feel, but diners seem very ‘Bondi’ with plenty of youthful trendies out on the night of our visit. 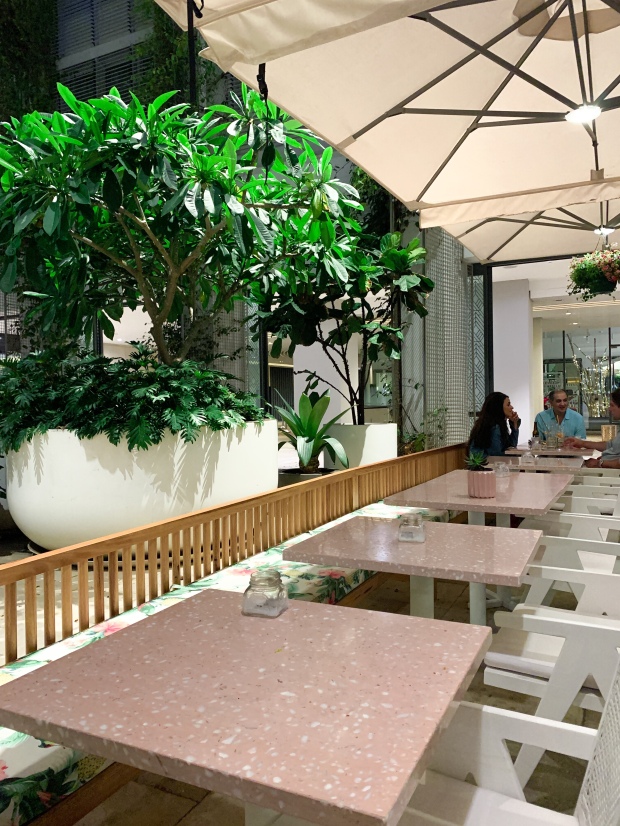 Staff working here are eager to help and begin by getting us a few drinks. Eden has a great range of cocktails and we try the martini and margaritas. There’s also wines and beers, coffees, tea and kombucha. 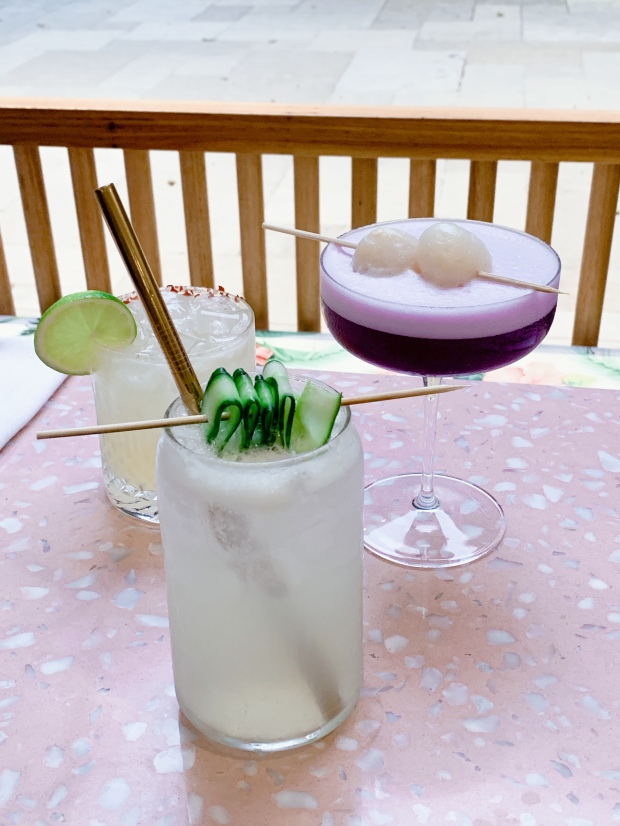 The food menu here is fairly casual; burgers, salads, pastas and pizzas so we decide on some food to share. We begin with the green plant based sliders which had a nice soft bun and lovely filling. Our apprehensive friend commented that they “tasted like real burgers”, so even non-vegan diners can also enjoy their food here.

The “fysh” tacos come served in 3 and the tortillas are topped with rainbow slaw, Baja sauce, bartered crispy “fysh” (not entirely sure what this was) and pico de Gallo. Pretty flavoursome and a good entree option.

For the mains we select the burger, which comes on a soft brioche bun and dripping with sauce and a served with a side of fries.

The sweet potato gnocchi is nice, though a little dense, served with crispy kale and sitting on top of a cashew cheese. 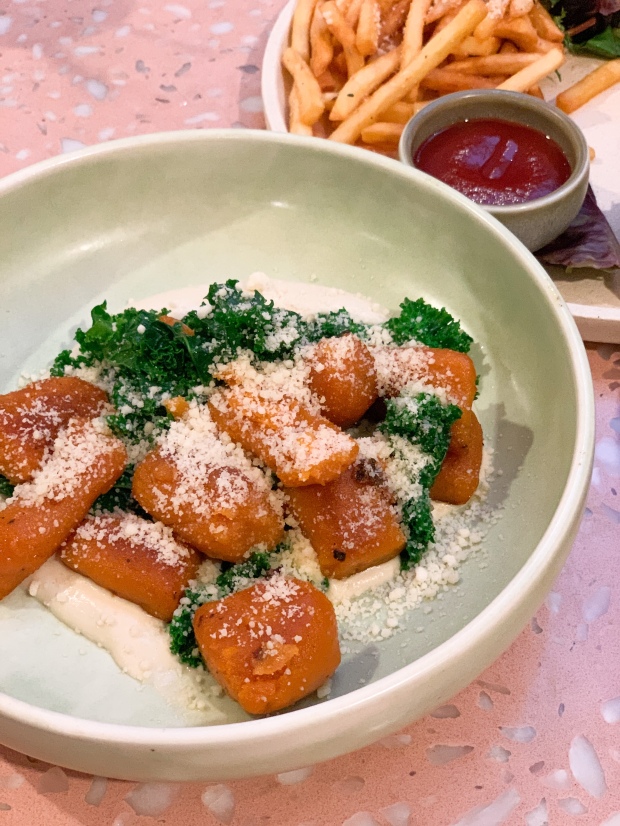 We also ordered the bowl, which consists radish, cucumber, greens, avo, edamame, tofu and “sashymi”. The sashymi is apparently watermelon which is super interesting, because it has the same sashimi consistently and similar on the palate. All sitting atop white rice, which was a little mushy and overdone. I’d recommend a brown rice replacement for texture and it’s also more healthy.

Finishing up with a green goddess pizza. We ordered this and although it didn’t arrive to our table by the time we’d finished the meal, we spoke with the waitstaff who followed it up. The maître d was profusely apologetic and offered to remove the cost of the pizza from the bill which was extremely generous. Once it arrived, the pizza was worth ordering for the woodfired based topped kale pesto, broccoli, avocado, cashew feta, tempeh and greens.

Overall a great place for Vegan diners to get some tasty food but also somewhere non-vegan diners will leave impressed. I wouldn’t say it’s overly healthy given many of the meals have an overload of sauce, but they are tasty. It’s casual and good for a Friday night catch up over a few drinks.